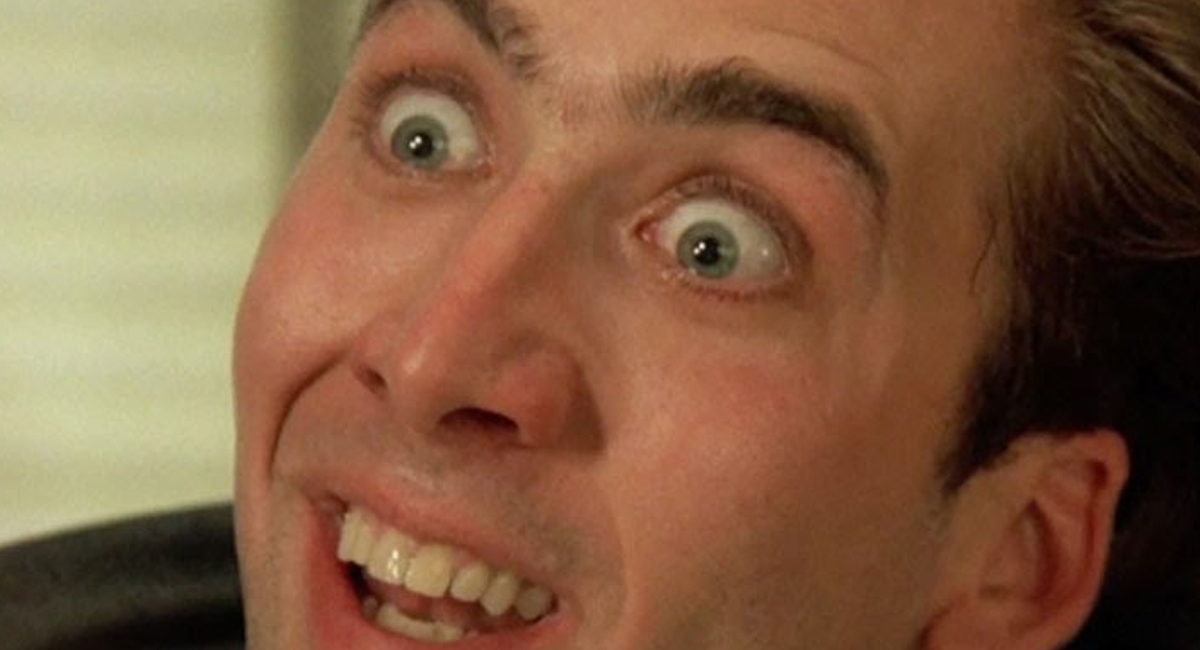 The many worlds of Nicolas Cage

Taking an objective step back, the versatility of Nic Cage as an actor is genuinely fascinating to follow & it’s a surprise we’ve not featured Cage within Oddeon previously. His filmography is a prolific yet scattered selection of hits and misses across an impressive range of roles and his IMDB page is an amazing slice of cinema history. Since 1987, Cage has been in at least one movie a year and often several at a time. In 2009 he was in four movies. In both 2011 and 2016 he was in five. Cast your eye further back to 1987, however, and there is only one listed – Vampire’s Kiss.

Originally billed as a romantic comedy horror, it becomes apparent that the romance in Vampire’s Kiss is not romance and the comedy bounces between slapstick & surprisingly bleak. Tonally, it’s far more akin to 2000’s American Psycho. Nic Cage is a Patrick Bateman archetype instilled with the belief that his actions are justified because he’s become a vampire. Take a second to really digest that & you can probably see where the real horror element comes from.

The comedy is there too, though, and the situations created by Cage and his affliction form the core of the movie, even if there is still some debate about whether Cage’s OTT style forced the movie from ‘psychological thriller’ to ‘black comedy’.

I don’t think you could have it any other way though, as it’s that same OTT style that makes the movie unique. Cage, an actor now renowned for having a frequently bizarre acting style, completely knocks it out of the park here. Perhaps due to it being early in his career and wanting to showcase his range, or perhaps due to the maniacism of the role allowing him to have free reign, Cage really pushes it to the limit. This isn’t just ‘chewing the scenery’, this is Cage gorging on the entire set in a most wonderful way, knowing that he can never be satiated. At one point Cage even eats a live cockroach. It took three takes, but they used the first one anyway.

Vampire’s Kiss is a true roller coaster experience of the dynamic range of Cage’s acting, for better or for worse.

Vampire’s Kiss is showing as part of the Oddeon Hallowe’en Special on Thursday October 26th at Regather Sheffield.